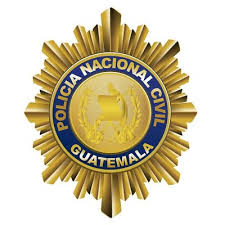 At a time when there is much discussion over the role of law enforcement in the United States and the integrity of those who serve, I have felt God strongly calling us to support those who work in the National Police of Guatemala.  The needs of the community here in Guatemala, and the inability of the police to meet these needs, has forged a strong friendship that began years ago. 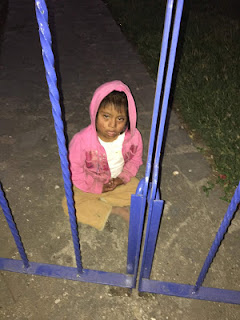 Our relationship with them began when a little girl with Down syndrome showed up alone at our house a couple of nights in a row.  I got to experience with them the frustrations of a broken Child Protective Service system, and their pain at having to return this girl to her neglecting family.  This was a glimpse into the hearts of some of these men who serve in a police department known for its corruption.

As we talked, I was able to ask them about their lives with God.  Some were Christ followers who told me how hard it is to live as a Christian while serving in the National Police.  Others were interested in Jesus as a concept, but were confused as to what it meant to follow Jesus as a disciple and not just a fan.  I didn't meet any, however, who were resistant or disinterested.
That surprised me. 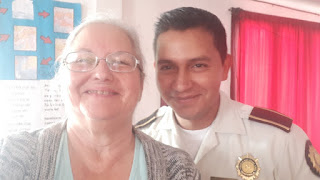 When one commander stopped by to get some information from me, I asked how I could pray for him.  He asked for prayer to be a man of integrity when he was often not able to feed his own family because they police do not always receive their pay (this has gotten better since then) and have to pay their "expenses" (these include the gas for their patrol truck, its maintenance and repairs, its tires.  After getting to know more officers, I have learned that they even need to buy their own bullets, as well as their guns, uniforms, protective vests, and hand cuffs. This still is true and leaves me speechless.)  I had intended to remember him when I normally prayed, but he insisted that I pray with him right then and there.  This began a tradition of some officers coming to me for prayer. 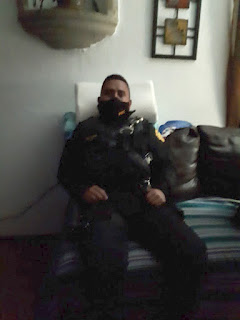 Since I have moved back to San Pedro, which is right next to the substation of the police for our area, I am finding that a couple of patrols will stop in to check on me, visit and ask for prayer.  There is always a cup of coffee and some cookies waiting for them.  I have gotten used to them taking off their equipment and laying their weapons on my dining room table.  This shocked me at first, but they tell me how good it is to relax for a few minutes in a "safe place." While I sometimes feel my alone time is interrupted, I see this as a new ministry God is giving me.

Two days ago, my friends Carlos and Maynor stopped in for their coffee break.  As we talked, they shared that Carlos' family had a medical emergency, and they had both sent all their pocket money to his family who live about 90 minutes from here.  This meant that they had not eaten all day.  They did not share this asking for money, but only to share their struggles with a friend who cared.

As God would have it, I had just made a batch of chicken fajitas, and had a lot of leftovers, and was able to give them a late supper.  They kept telling me I didn't need to feed them, but if anyone knows what I learned from my Polish grandma, no one goes hungry if they come to my house!

Before they left, we prayed for them, and especially for the situation in Carlos' family.  There, in my living room, I witnessed a strong, macho police officer break into tears.  Carlos then proceeded to tell me how they had written out tickets for over $40 in fines that day, and what a temptation it had been to ask for a bribe instead of doing their job.  He said that he felt like God had seen their moral struggle , and provided them with supper and support so they would know He is with them.  What a honor to watch God work in the lives of these men.

Our police are also very short handed since a number of them are hospitalized with the Corona virus. A friends's husband who serves as an officer in Guatemala City spent over 6 weeks in the temporary hospital in the city.  He was finally discharged and returned to work the following day! 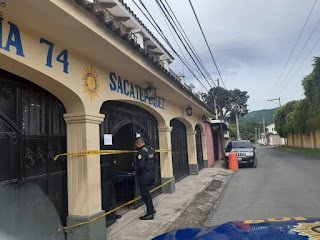 A whole substation near us is under quarantine since some of the officers tested positive for COVID.  This means 15 men are living together in barracks, and are not being paid since they are not working. No workman's comp here, though they undoubtedly contracted the virus while on duty.  We are helping to provide food for them through our friends at our substation.

While I have always respected the work the police do, I never imagined I would become their confidant and prayer warrior.  I wish I could say they always make good decisions and treat citizens with respect, but I know this is not true.  However, God has not called me to judge them but love them, and hopefully the power of His love will help them be better men and women and public servants.