This was a conversation I had with Fidel, who had significant cerebral palsy and had spent most of his life institutionalized after he had been abandoned by his family.

It was during the first Christmas season I spend in Guatemala and was serving at Hermano Pedro Hospital at the time.  Fidel was an adult resident there, and he was curious to know why I was not going home to spend the holidays with my family in the US, since most of the volunteers did so.

My immediate response was, “Because God sent me here to spend Christmas with you so you would not be alone.”  I was actually shocked when he shouted at me, “I don’t believe in God,” and drove off angrily in his power chair. 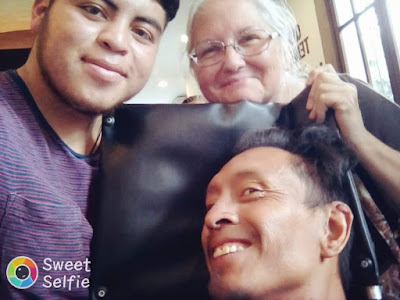 Little did I know at the time that this conversation would change my life, and Fidel’s.  After about 18 months of volunteering at the orphanage and traveling with other missionaries around Guatemala, God changed the direction of my ministry and my life.  That conversation grew into a “relationship” (I’m not sure I would call it a friendship at this point) that bonded us together and led eventually to the founding of Casa de Esperanza.

While I wanted him to be able to live a more typical life than he could in an institution, my heart’s desire was for him to come to know the God who created him and loves him.  This first conversation was in December of 2010.  I had no idea at the time how difficult it would be for him to realize these truths.

Since he had grown up in institutions, it finally became clear to me that Fidel had many of the characteristics of someone with reactive attachment disorder.  Talking with him about God as a loving Father made no sense to him, since he had never known a human father.  Talk about a God who loves him and uniquely created him, only left him resentful and angry because of the physical and social limitations imposed on him by his disability.  Our normal methods of "evangelism" did not make sense.  Additionally, he had not experienced much genuine love from those in his life who had called themselves Christian. 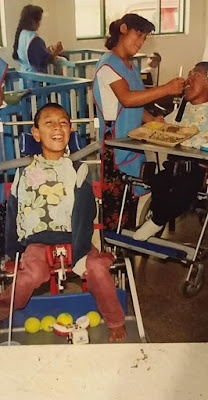 But ten years of prayer, many godly folks in our ministry who have consistently loved him and challenged him to open his heart to God, and more than one tearful conversation, are bearing fruit.  We began to recognize a change in Fidel first through his Facebook posts.

A little more than a year ago now, he wrote: "I admit it. Sometimes I want to talk to God, but my heart and mind are made of stone, and that makes me doubt a God.  Maybe it is because of my idiocy.  I hope that one day God will remove the ignorance from my soul."

Last August he wrote asking that God will "soften my mind and heart to know everything that is good."

Slow change, but progress. So, can you imagine the tears that flowed when I asked him to write a message to our donors, and he sent me the following:

"Hello and good morning.  My name is Fidel Hernandez and I live in Casa de Esperanza.  I want to thank you for the help you have been sending to us, especially during the pandemic.  We have received everything we need to live and move forward, even though there have been many changes.

Recently, I have come to realize that there is a Supreme Creator of all things, who cares about you and about me.  He has sent Pat to us, and she cares very well for our needs.

God bless you and it is my desire that your life will go well." 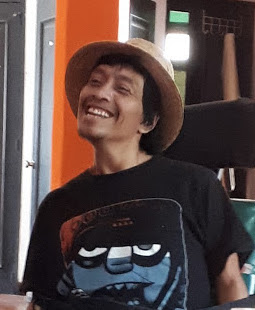 Ten years, hours of prayer, and multitudes of conversations are making an impact.  The Holy Spirit cannot be rushed, but each day we plant and water the seeds of faith and hope in Fidel's life and the lives of all we serve.  Please continue to pray for Fidel's spiritual growth, and that we as a staff remain faithful to the call to bring Jesus into our homes and encounters daily.